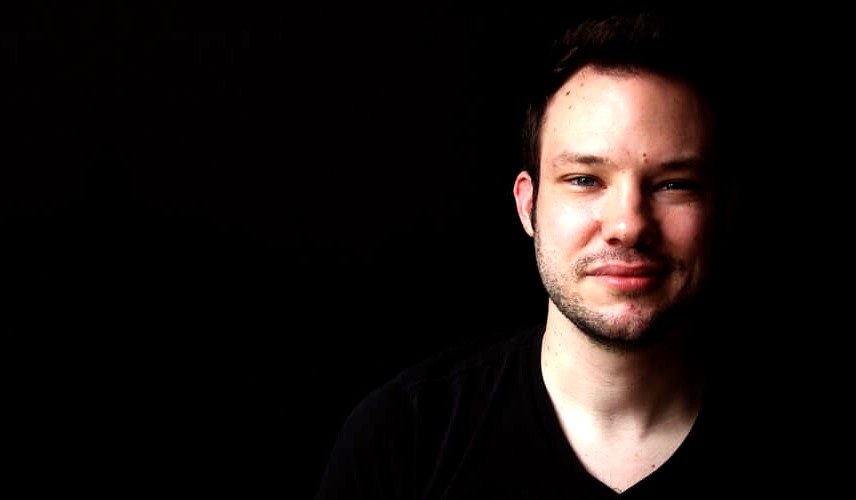 When and why did you first write music?

The first time I “wrote” music was in middle school. It was more of “transcribing” music from The Legend of Zelda: Ocarina of Time for trombone in sixth grade. I loved the music so much from that game and wanted to see if the C buttons and A button positions on the staff in the game lined up with a bass clef staff (apparently four lines don’t exactly line up with five ha!). But even when I realized they didn’t line up perfectly I still worked on figuring them out for real.

When it comes to actually composing something I wrote a composition for my high school wind ensemble in 12th grade as part of my senior project required to graduate. I’m sure if I heard it now I would cringe BUT I do remember it being an absolute blast to work on and it certainly started an interest in writing music before I went to college.

What’s your composing method? (a) sitting at a piano (b) computer (c) pencil on manuscript paper (d) improvisation with musicians (e) other.

For example: with Mr. Lockjaw I knew that I wanted to do a lot of sampling of original sound sources to turn into instruments instead of relying on pre made materials and presets. I suppose in this way the recording and manipulation of these sounds was the beginning of the compositional process!

For Miles’ theme it was me sitting at the piano with paper and pencil in hand. For some of the other tracks there was certainly some improvisation on my part with recording (such as the purposefully out of time snare drum parts whenever Balto shows up). I really would like to get to the point in my career where I can call other musicians in and have a group improvising over pre-lays and watch the score evolve! I have had other friends and musicians come in individually before to improvise and it has always been a thrill so I imagine getting a group together to do the same could yield some incredible results.

Sometimes sitting at the computer and messing with tones, sounds, patches, whatever it may be can lend itself to creating a specific sound that can jump start the entire cue. I try to stay as open as possible instead of having one absolute way that I have to work. Keeps things fresh!

Where do your ideas come from?

I think most of the ideas I have come from when I finally start to hear music in my head when watching a film or show for the first time without any music. Usually the first few times I watch through the picture I want to absorb as much as possible without thinking of music. How are the actors approaching the scene? What does the atmosphere of this scene do and how does it affect the whole atmosphere of the picture total? Usually the ideas come from when I’m not watching but have watched the film several times. I could be driving in the car and start to get musical or tonal ideas in my head that give me a gut feeling that they would work. Then I find a place in the picture I think works best for the idea and see what happens! Most of the time I don’t usually compose in the order of cues starting from cue one to the final cue. I like trying to fill in the project at different parts like finding a puzzle piece and putting it in the right place.

Do you find inspiration from other composers? Which?

The list is too large to put into a good format. There are so many excellent composers to draw inspiration from that it’s insane to not have some of their ideas sneak into your mindset sometimes. The first time I watched American Beauty and heard Thomas Newman’s score I found myself interested in the art of film music. There was something that just grabbed my soul when watching that! I’ve been a big fan of Michael Giacchino’s work since LOST. James Newton Howard is another big one for me as well. I also thought the way Trent Reznor and Atticus Ross handled a challenge like Gone Girl was genius. A lot of recent inspiration has come from video game composers too. Jeremy Soule, Austin Wintory, Jason Graves, Inon Zur, Garry Schyman, the list goes on!

Which non-musical influences are important to your music?

If there is one thing it would be to be able to get out into nature. When I was in school at Western Carolina I had no problems finding inspiration being surrounded by the mountains and being 20 minutes away from the Blue Ridge Parkway.

What do you say when asked to describe your music?

I’m still not sure how to describe it myself because I’m always doing my best to not only become a better composer but to also have the opportunities to try new ideas. I did have a good friend from the USC program tell me my music made him think of the color seafoam green. I like that so I’ll go with that!

Do you think about the listener when you’re composing?

Yes. When working in this realm of music I think it’s crucial for you to BECOME the listener. You have to step away, give the track you are working on some space, and come back to it later. I have a pretty strong and fervent taste in music so if it’s something that I don’t like as a listener it’s probably going to wind up in the trash before I even have the chance to send it off for approval.

When did you feel ready to call yourself a composer?

I still don’t think I’m ready to call myself a composer. I have a long way to go before I feel like I can truly use that word. Every now and again I have a day where I wake up and think “yeah I AM a composer!” Maybe when that is a consistent occurrence I’ll start calling myself a composer full time.

I’m not sure if it counts but I’ve found that usually my favorite tracks of albums are the opener. Track 1. Maybe it’s because they set the tone for the entire album but something about them usually make them my favorites!

Tell us about your experience composing Mr. Lockjaw.

Without a doubt Mr. Lockjaw will go down as one of my favorite projects to work on. It’s easy for people to want the music to play things safely but that was the opposite of what Byron and Justin wanted. I’m sure there were several times where I thought I was getting too out there with the music but they wanted it to be pushed harder. Byron is such a musical director too. It’s great to be able to work with someone who is a musician as well. There is a level of understanding and a way you can converse with each other that feels like you are reading the mind of the other person. I also would send individual instrument tracks to Byron for him to try mixing in with the picture to see how it would work with his ideas. This made things feel even more collaborative between the two of us. I’m certainly hoping we can get this show picked up because I’m ready to write more for Mr. Lockjaw!